I was certainly surprised!
GUM department store looks like Beverly Hills or Venice. 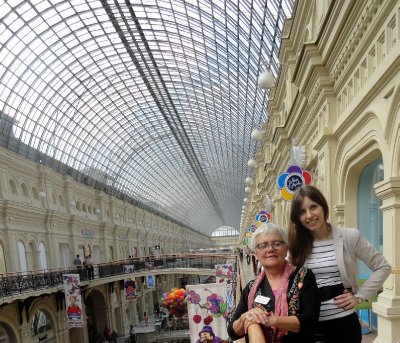 I was told by people close to my age that Russia was "one long queue." But the younger people have no recollection of any lack of goods. They might not be able to afford half of what they see, but they have no concept of national shortages.

I assumed everyone drank vodka. I only met a handful of people who were even social drinkers. I could have thought I was still in a Muslim country - except that all the Orthodox churches are being renovated or rebuilt. 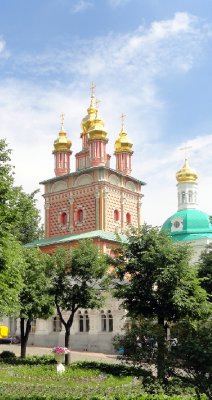 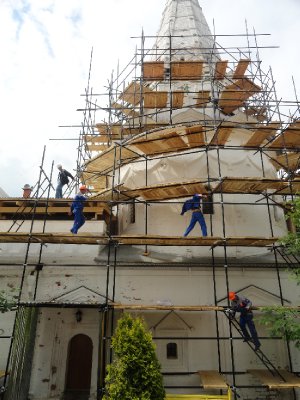 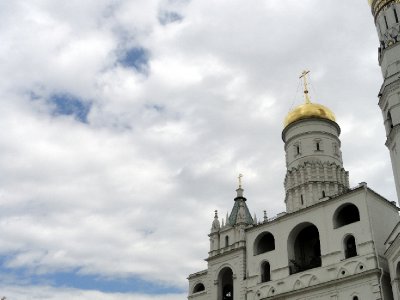 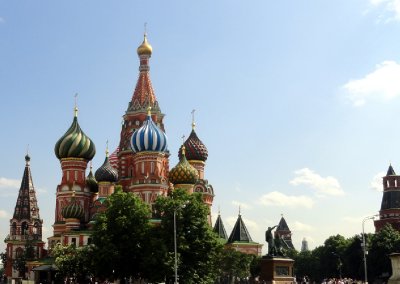 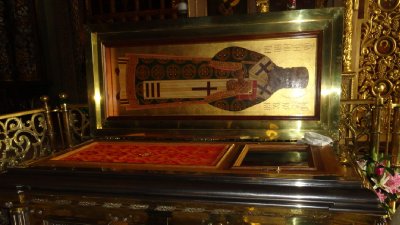 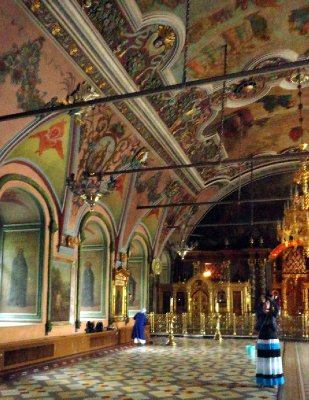 Cleaning Day in the Cathedral

Point to ponder:
Are there more Orthodox churches in Russia or Catholic churches in Italy?
No need to wonder about this - which country has more people actually attend services: Italy, Russia, or the USA?

Red Square was closed off from visitors. They were setting up stages for Russia Day on June 12. All we could get was a glimpse from afar of Lenin's tomb. I think it was off limits to keep any demonstrations from happening. I was going to visit on June 12 to see what happened, but did not have time before my train left. 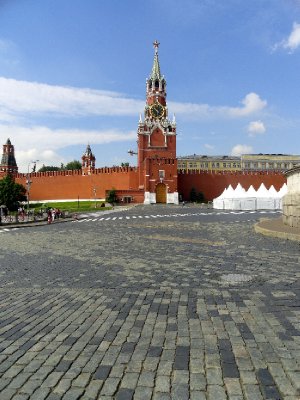 On the Edge of Red Square 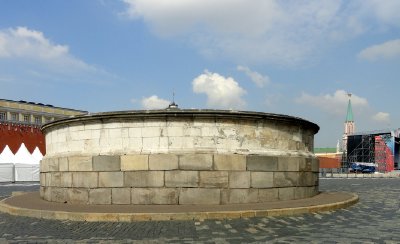 Executioner and Announcement on Red Square

The Kremlin contains historical buildings within the original walls: the Armory Museum (fantastic displays) four churches, and former palaces used as current government buildings that are off limits to visitors. 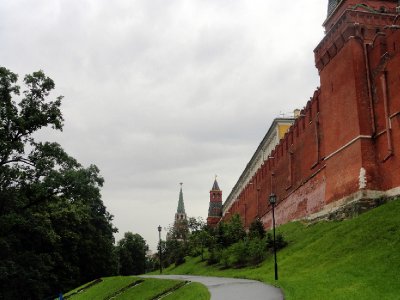 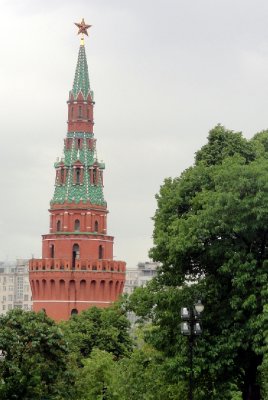 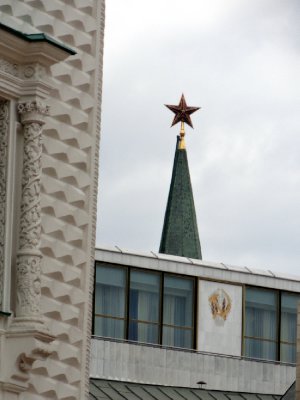 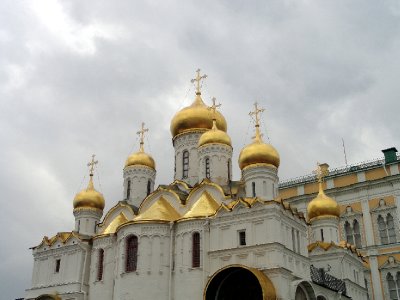 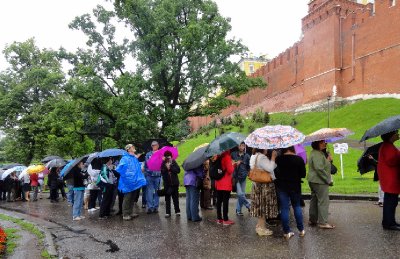 In Line at the Kremlin

As usual, one of my favorite places to visit was the cemetery. 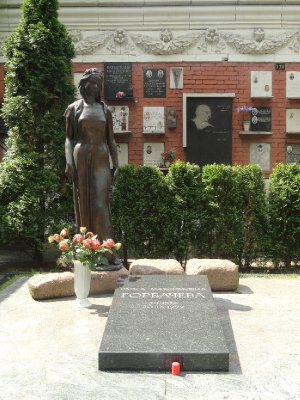 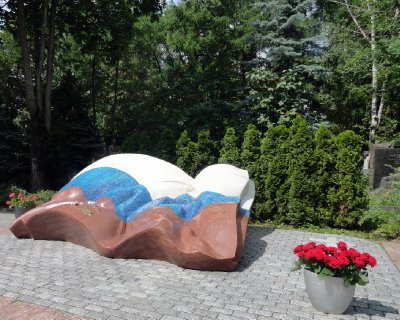 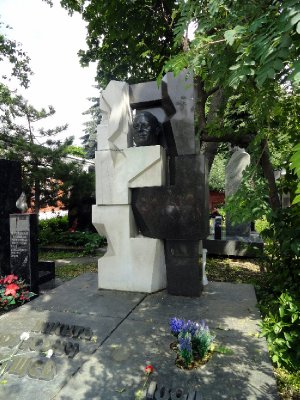 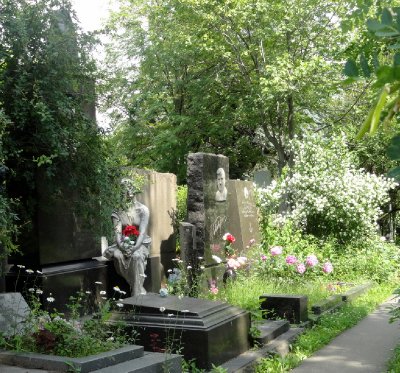 You can see almost anything in Moscow - except a bunch of Communists skulking around looking dour. 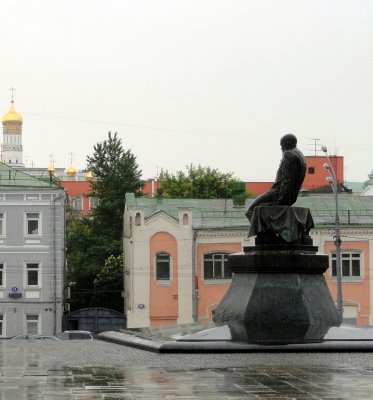 Dostoevsky in the Rain 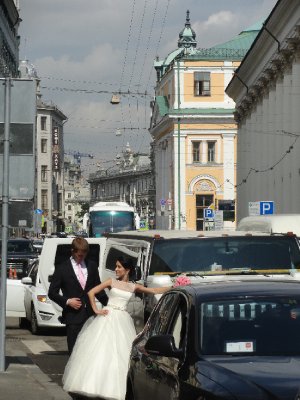 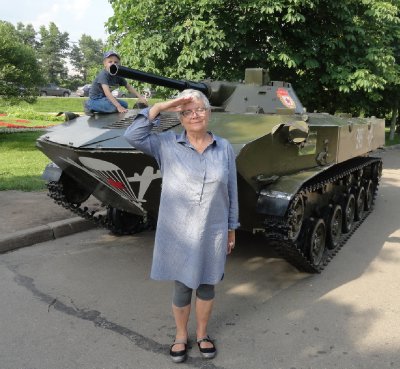 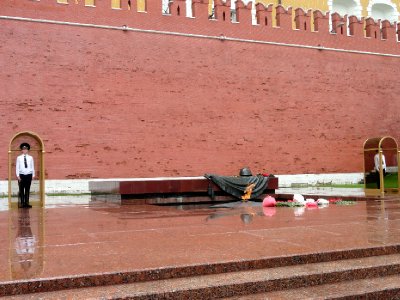 Eternal Flame in the Rain 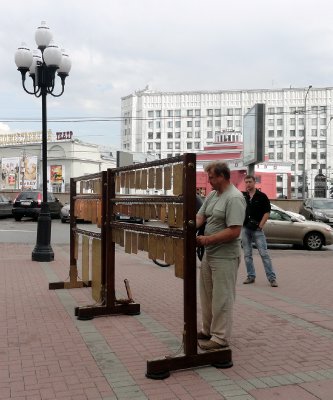 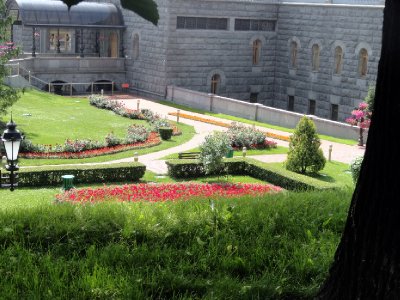 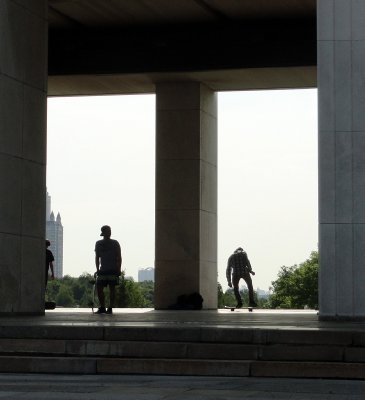 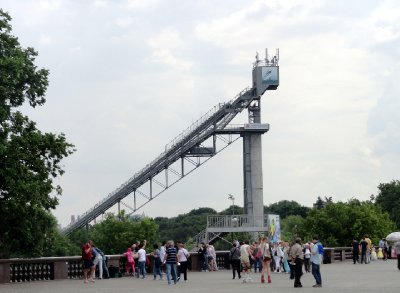 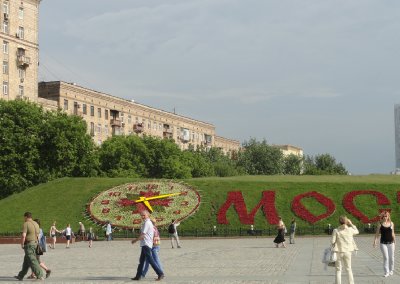 Posted by pscotterly 23:14 Archived in Russia