I Love a Parade

View May and June 2013 on pscotterly's travel map.

Ready to leave Moscow.
I must admit I was ready to get out of town. I had been a burden to my host and her petulance was getting to my good humor.
Fortunately, she arranged for a friend to take me to the train station which was under renovation. It would have taken me hours to figure out how to locate the lockers for left luggage and which track to take.
Had a couple of hours to spare before the train left for St Petersburg.
I wanted the challenge of figuring out the Moscow metro. I had been drug and led for the past 5 days. Only yesterday had Nadya, a friend of my host, taken a few minutes to explain the symbols and organization of the stations.

I took a chance and got off on a likely looking stop.
Surprise! I surfaced to be at the exact start of a Parade.
June 12 is Russia Day, when the nation celebrates its history and ethnicity.
The parade had marching groups dressed in period costume - starting with medieval clans all the way to the rockin' Sputnik days.
What fun! 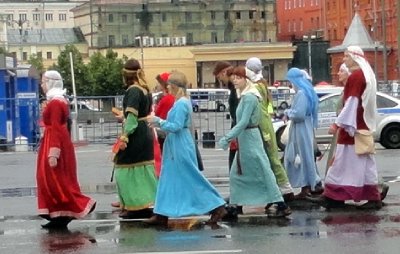 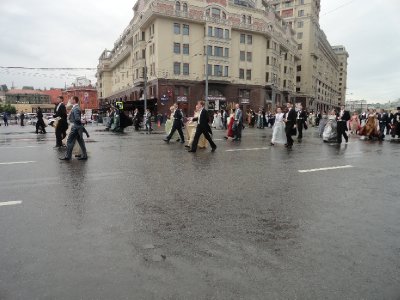 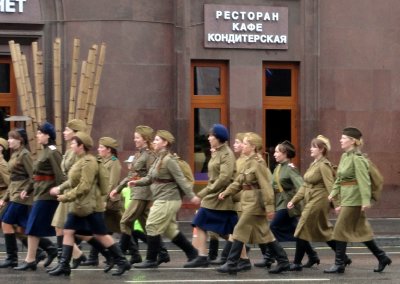 Posted by pscotterly 23:30 Archived in Russia